In the cities of Armenia, where bread is baked in ordinary ovens, knees don't play such an important role, but in the countryside it is still very important. When the hostess can no longer bake bread, she entrusts this important task to her young daughter or daughter-in-law, of course, after teaching her all the intricacies of this business.

Look for yourself at the whole process of baking bread and at the end see for yourself that healthy knees are so necessary here. 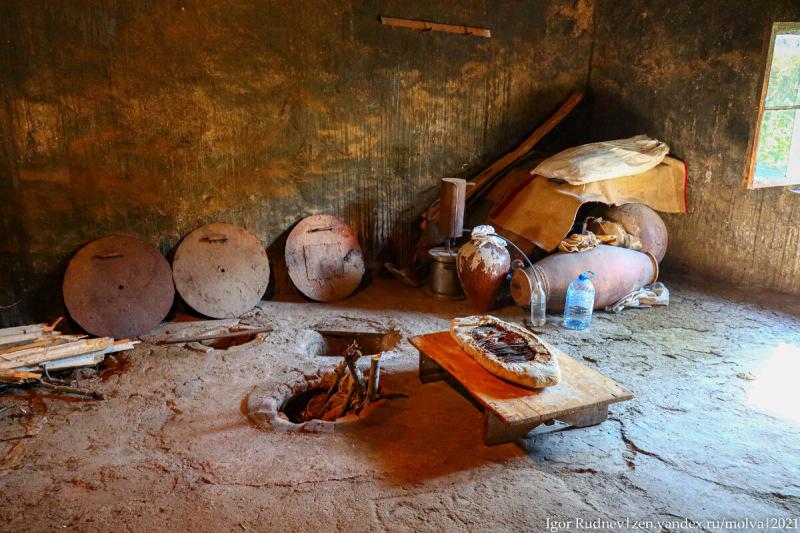 Bread is baked in a separate room where the tandoor is located. The tandoor in the photo is already ninety years old: it was made in the thirties of the last century. And yet, twice a week, the hostess regularly melts it to bake delicious lavash and bokon, which in Russian are called matnakash. 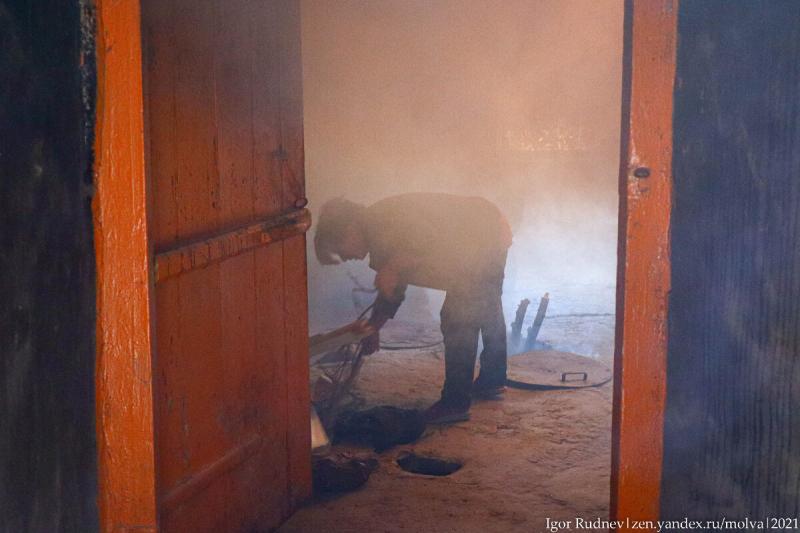 When firewood is burning in the tandoor, the smoke is so thick and caustic that it is impossible to be in the tandoor – it is easy to get burned. They melt the tandoor in the old fashioned way with a piece of rubber, which itself smokes a lot, and then firewood comes into play, and often wet. Therefore, it turns out a whole smoke screen. -nuzhno-imet-zdorovye-koleni-1e8e33f.jpg” alt=”Why a housewife must have healthy knees to bake bread in Armenia” />

When the firewood in the tandoor burns out, you can start forming future pita bread. The hostess made the dough for them the day before, and now she only cuts off small pieces and gives them a rounded shape.

A larger piece of dough is taken for bokonons, and a smaller piece for pita bread. Lavash dough is put on a special pillow called rafata and glued to the wall of the tandoor with one deft movement. 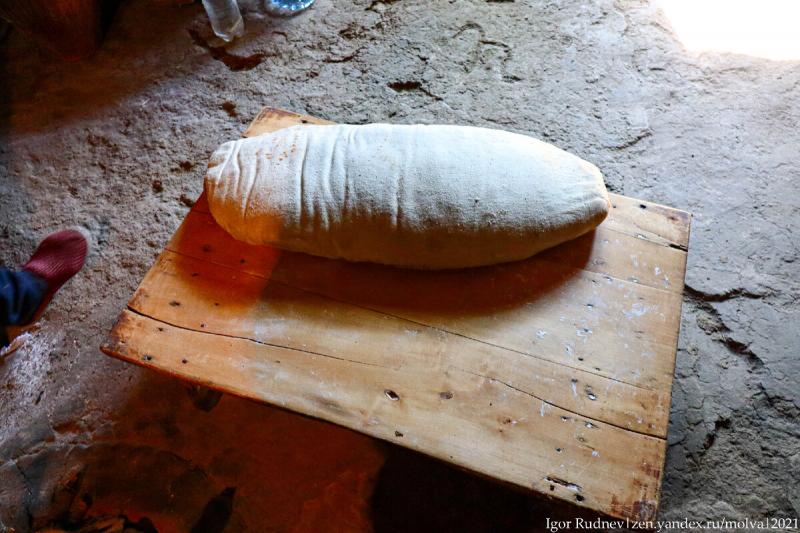 This simple device is called a rafata

At the same time all the time while the hostess rolls out the dough and puts pita bread in the tandoor, she sits on her knees near the stove. This is to the question of health, which is necessary for this difficult task: the floor is cold concrete, and for softness there is only a thin blanket on it. 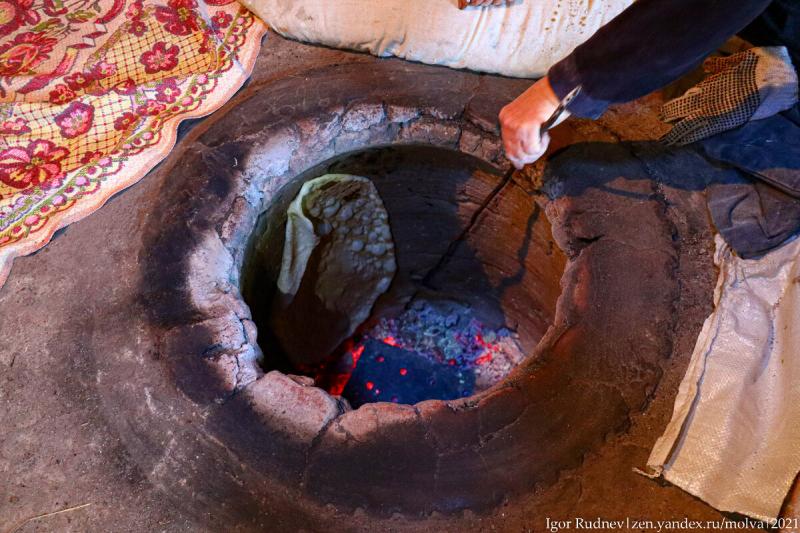 Lavash in the tandoor is no more than a couple of minutes. The temperature there is so high that a thin dough is baked in just a minute. Then it must be carefully pry off with a metal hook and pulled out of the tandoor. The main thing at this moment is not to drop the lavash down, otherwise it will not be possible to get it from the bottom of the oven: it will burn there. 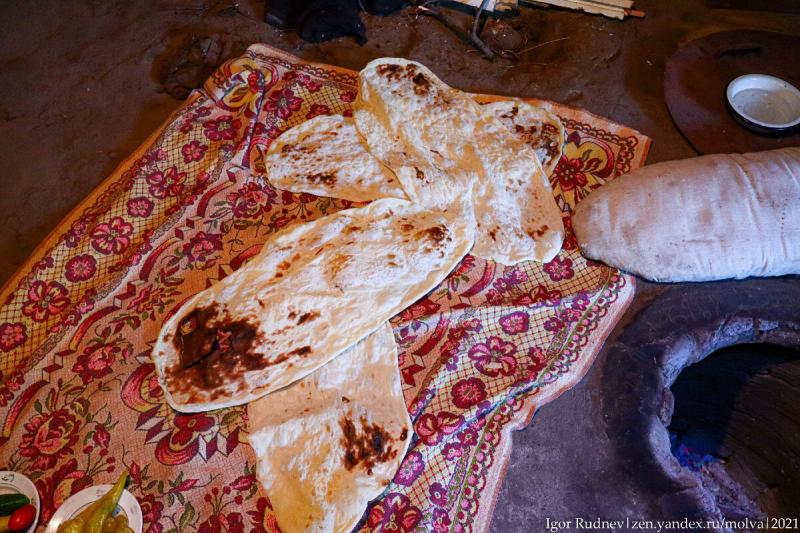 Freshly baked pita bread is laid out on a blanket to cool a little. When the process is completed, the hostess will wrap all the bread in a blanket and take it into the house: now all households are provided with bread for 3-4 days. Usually, the tandoor is melted twice a week, but many people don’t even do that anymore: they just buy bread in the store, just like the city ones.

A little clearer about the knees? The work is really hellish, because the hostess has to kneel on the concrete floor not only while rolling out the dough, but also in the process of baking pita bread. In total, the process takes an hour and a half, and for the whole hour and a half the hostess is on her knees in the forty-degree heat in the tandoor. You need to have remarkable health for all this, and without healthy knees you shouldn’t even start baking bread at all. some pita bread straight from the tandoor? If you have tried it, you will surely agree that it is incredibly tasty.