It was exactly two years ago. It was the middle of March 2020, and due to the increase in the incidence, you know how the world gradually collapsed to the size of the eye of a needle. At that moment I was in the Canary Islands, to be more precise, in Tenerife.

When disturbing news began to arrive about the cancellation of flights to Russia from Spain, I quickly evacuated from the neighboring small island of La Gomera, from which there was no way to fly home on a direct flight. I stayed overnight at a hotel in the town of Guasa near Tenerife South Airport, where I had a very interesting conversation with the guy at the front desk.

We talked about the fact that travel in the near future will become difficult or even impossible. Eh, we didn't know what would happen in two years…

But let's not talk about sad things. We talked about why people travel and come to the Canary Islands in general. “From northern Europe they come to us to enjoy heaven on earth,” – said my interlocutor.

And it's really true: pensioners from Sweden and Norway really like to come to the Canary Islands to warm up for a few winter months, because there for them cheap, lots of sun and fresh fruit – what else does an elderly person need?

The ocean is always at hand, you can swim all year round

The Canaries have a very pleasant climate. The sun shines almost all year round and, due to the proximity to the equator, the temperature almost does not depend on the season. In summer it can be 30-32 degrees, and in January at the height of winter – about 22-23 degrees. At the same time, you can swim in the ocean all year round, except that in winter the water temperature drops to seventeen degrees.

For some, but for me the temperature is quite bathable, although cool. For those who practice swimming in ice water at Epiphany, seventeen-degree ocean water will generally seem like fresh milk.

All possible and impossible tropical fruits in the Canaries grow all year round and are very inexpensive by European standards. At the same time, the Canaries are deprived of all the disadvantages characteristic of tropical islands and countries. There is no crazy humidity here, and even in the height of summer there is no scorching forty-degree heat: the breeze from the ocean brings coolness even on the hottest day.

There are no poisonous snakes, spiders and other living creatures on the islands that can be dangerous to humans. The biggest problem is the rabbits that have bred everywhere, which periodically run out onto the road. But again, I would not say that this is very bad, because the rabbit in the Canary style or just grilled is very tasty, and a large number of these animals on the islands guarantees a low price for their meat. 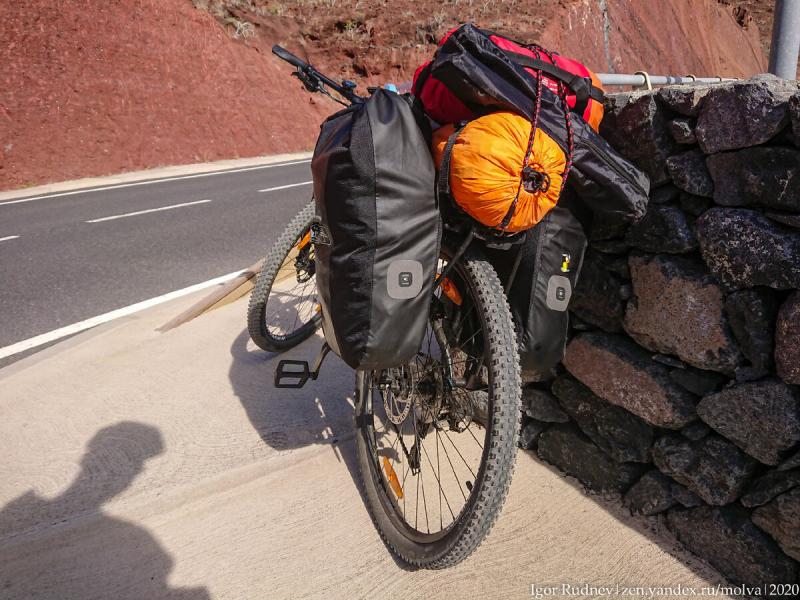 Traveling on two wheels here is a pleasure, but it's better if it's a scooter or a motorcycle, not a bicycle

This is a free retelling of the thoughts of my Canary acquaintance, with whom we were brought together by chance in a small provincial hotel. After listening to this, it won't take long to believe that his native islands in the middle of the Atlantic are truly heaven on earth.

Do you agree with this? What place on earth do you consider your personal paradise?