Have you ever been in a bathhouse or in a hut that is heated in black? If yes, then I’m willing to bet that the first time it was unusual: for some reason, the smoke comes out directly from the mouth of the furnace and rises to the ceiling, and then somehow disappears there – miracles and nothing more!

But in fact, a black firebox is not a whim, but a necessity, because this method has a lot of advantages over a conventional stove with a chimney. It is not for nothing that in the North, peasant houses were heated in black almost before the revolution.

< /p>Firewood was laid at the mouth of the stove, and smoke came out from here

How was it possible to live in a house when all the smoke from the stove goes directly into the room ? There will be a lot of soot and you can suffocate!

In fact, smoke is hot air, except perhaps with a high content of carbon dioxide and other bad things. Hot air has a tendency to rise up. So the smoke, leaving the stove, immediately rushed to the ceiling. It was cooler at the top of the house, and the smoke began to cool gradually. Where does the cold air go? That's right, down.

If the chicken huts had an ordinary ceiling, then the whole house would be covered in soot and soot that would fall from the ceiling. But in the North there lived intelligent people who came up with the idea of ​​making a trapezoidal roof. Smoke descended not in the center of the room, but along the gentle slopes of the trapezoid roof, where the ravens came into action further… 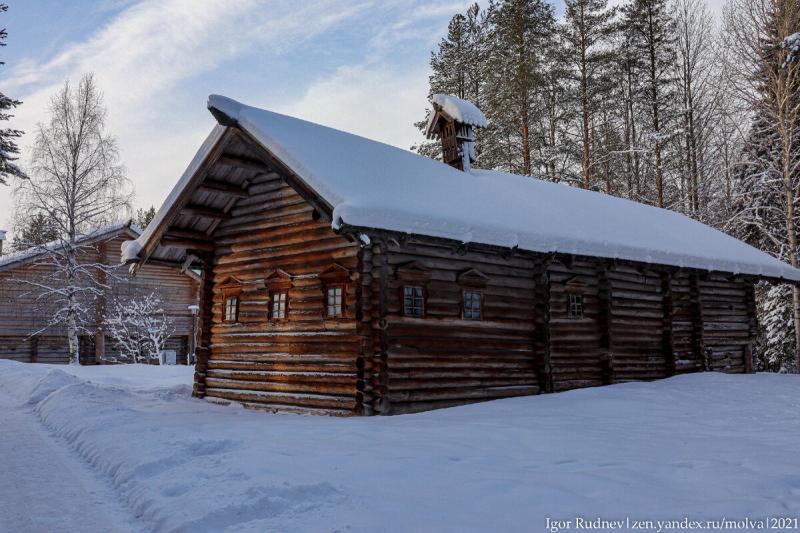 Ravens have nothing in common with birds and the thirties of the last century. These are shelves fixed under the ceiling of a chicken hut, on which all the soot settled. The smoke did not fall below the Vorontsov, and thus the house remained clean, and the smoke, after rolling a little more under the ceiling, left through a special window.

Secondly, the smoke served natural antiseptic. He dried the roof of the hut so that it would not rot in the damp northern climate, and killed various spider bugs that wrecked the house.

Later, even in the North they switched to stoves with chimneys: it would be cleaner in the house, and they would be safer. And chicken huts can now only be found in museums of traditional life: I have never seen people in the 21st century drown like that. Maybe baths, and even then not all…